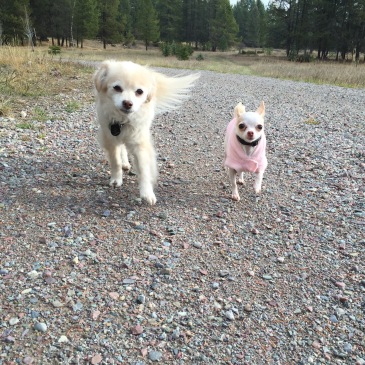 This little spitfire literally came running into my life around 2007 when I was riding my scooter through the neighborhood. This little dog suddenly appeared running down the street. 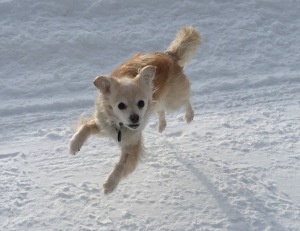 Naturally, I had to stop and say hello. After a brief petting and a few kisses, I put her down assuming she lived somewhere nearby. (She had a collar but no tags)

I scooted on.  A few blocks later, she came bounding past me again to my surprise. We were nowhere near where I first found her.

This caused me concern as she was running in the street, apparently following me and she could easily get hit by a car.

I couldn’t leave her there so I picked her up and took her home. Nobody ever claimed her and she’s been my baby ever since!

‘Trix’ gets the ‘spins’ once almost every day. Then it’s off to the races after a few spins. She’s very quick! I love this dog more than life. 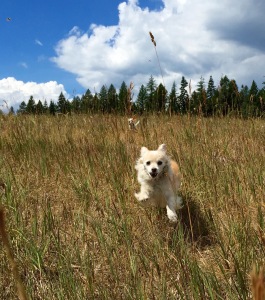 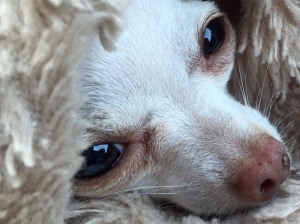 This little dog is here today because of Alaqua Animal Refuge. It was September of 2013, and she was part of the largest hoarding case that Alaqua took on.

It included 97 dogs and I think about 15 horses. Alaqua took in all of the dogs and a few of the horses.

I was helping with the care of the dogs when I first saw her. I couldn’t believe how small and perfect she was! 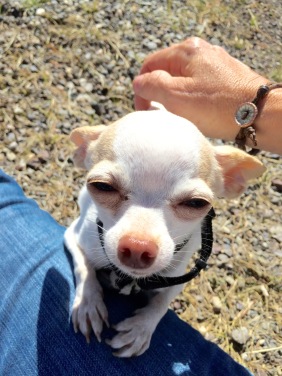 She weighs only 2.4 lbs. She had a distended belly so Reca, an Alaqua worker took her home because they thought she was pregnant.

I had put in an application to adopt her, but after keeping her for a short time, Reca decided to keep her.

I let it go and carried on with life. A few weeks later Reca called and asked me if I still wanted to adopt her. (Gizmo never relaxed around Reca’s son and wasn’t happy)

She loves a bath! 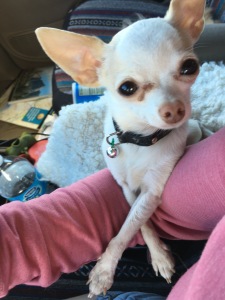 I said ‘hell yes!’, and that was that. I got to bring her home and introduce her to Trixie.

Check out the video of their first meeting! This dog makes me laugh every single day and has more personality than most people!

I get so much enjoyment from her, she is a little blessing in my life!

Photo gallery of the girls below video. 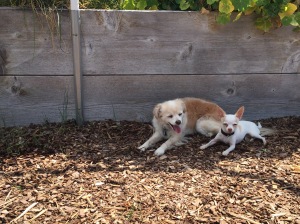 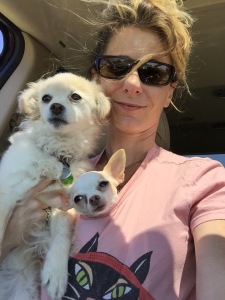 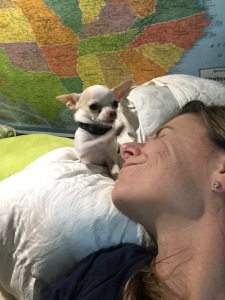 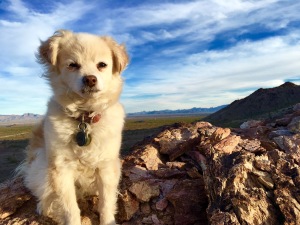 14 thoughts on ““The Girls” Trixie and Gizmo”

Can you believe this is the desert? It’s only the second time I’ve seen such green growth in 5 years. . There’s also a lot of cholla cacti here. Gizmo already got herself a little spear. . Regardless, this is a beautiful spot and I’m very happy to be out of the campground and back into my natural habitat. 😍 . . . #Boondocking #Boondockers #IntoTheWild #CuteDog #DogsOfInstagram #DogsWhoHike #Dogs #GreenDesert #RVing #HomeIsWhereYouParkIt #JustSayNoToCampgrounds 😂
Anyone see what’s wrong with this picture? Oh, the irony. Funny but sad. 🤨 .Also, I’M IN A CAMPGROUND. 😱 Yes folks, this just might start happening more often. Five years of full-time boondocking has left me with few new livable places to go. Looking for some change. Whether this will be it or not, we shall soon see. . #trashpickup #trashpicker #ironic #theirony #view #lakeview #campground #pleasantharborresortandmarina #pleasantharbor #overcast #prettylake #fulltimervlife #rvlife #rvliving
Kinda sums up the @xscapers 2020 Annual Bash. 😁 . . . #partytime #funtimes #people #starttheyearright
Took me a year and a half to realize my truck had a built-in bar area.😂 . . . #mybar #fordraptor #bar #goodtimes
Lake. Sunset. Home. Not bad. 💕 . . . #Sunset #Home #HomeForNow #TemporaryHome #LakeHavasu #digitalnomad #rvlife #vagabond
Short December. Took some time away from people before the big group Christmas and NYE gathering. 🦄🙌🏼👩🏻‍💻🚶🏻‍♀️🐰🕷🦜💕