Hoooooooly shit! It’s been a ride and my ass has not been busy telling you about it. It’s been greedily taking in the sights, sounds and smells of travel. Not to mention I have been busy working on a new project  with fellow full-time Rv’er and friend, Marshall, who has been caravanning with me for work for a while now.

This project has taken up so much of our time, we have not done much exploring outside of moving every two weeks. We’re ok with that because it’s all ‘front-loading’ work which will be over soon. Still, we’ve been a few places. We will start with the drive from Sedona.

Whelp, this place is now second on my list of holy ‘shit-your-pants’ places to go see. I was not expecting the fabulousness that IS Zion.

It’s much prettier than Yellowstone. It’s now my second favorite place in the USA behind Glacier National Park. It’s WAY better than the Grand Canyon. (In my opinion) This place has beauty of every sort. The trees, the river, the huge canyon walls, the colors. Zion is a relatively short but beautiful canyon.

YA GOTTA HAVE A PLACE TO PARK IT

Our campsite was not in Zion, it was in Virgin, UT about 30 minutes from the entrance. It was very picturesque- we boondocked on the BLM at Virgin Dam camping area which is perched on the ridge of a deep river canyon. It was my first look at such a big landscape. We arrived knowing new friends (to me) would be at the camping area already so we weren’t all alone.

After a day of setup, we simply HAD to go into Zion. Their shuttle system is stellar and you have to use it to get through Zion in the summer. The first trail we tried, The Grotto Trail was chock full of wildlife, to my delight.

The Squirrels are so accustomed to people and getting fed (illegally) that they will get right up your ass, on you or in your gear looking for food, as you can see in the video.

The next trail we went on, we hooked up with full-timer friends Lon and Diana who were not staying with us on the BLM but in a campground nearby. We all wanted to tackle the infamous Angels Landing Trail, which is not for the faint of heart! You could easily fall and die on this trail, hence the chains bolted into the rock to use to hold onto on your way.

Virgin was also the home of the most Wal-Mart-like, ‘hugest’ Ace Hardware I have ever seen!

Zion was also the location of my first RV ‘house mouse’. I hear that everyone picks one up at some point in time when you full time. I suspect he/she crawled up my generator cord into the rig.

I left the little Rv electrical door open which I now know I really need to keep shut. I really didn’t want to kill the mouse with a trap, but I surely did not want him in my RV, either! So, after a couple restless/nerve-racking nights,  I devised a plan to just ‘let him out’, or chase it out.

Long story short, after about 4 days and much destroying the insides of my RV…

…to find the little guy,  my plan came to life. It happened in the middle of the night. (Right after he woke me up again)

I simply LET IT OUT.

I opened the window and he literally jumped out. And I *almost* caught it on video… I caught the moment that gave me the idea because he almost fell out the window in the video. Watch below, and you can see how I (barely) did try to push him out with the towel but I was too slow.

Still, it’s a bit suspenseful to watch. I’m not creeped out by mice usually  but when they are in my house, suddenly I am jumpy   : )

After all the drama, it was back to work for Marshall and I. Not too much more excitement to report. We did hike up Observation Point Trail. It was gorgeous, of course.  The elevation is higher than Angels Landing at 6,508′.

At the end of some days, we would chill with friends at this gorgeous place.

There are always antics happening. I can’t help it… 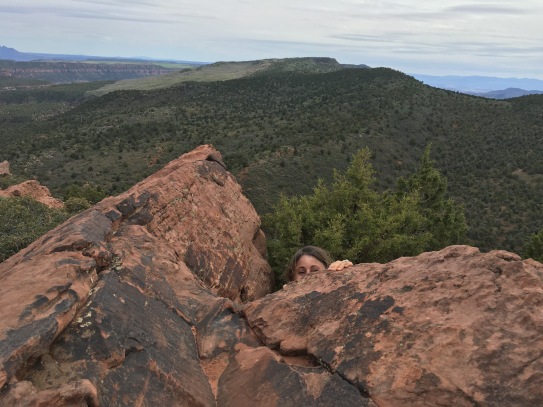 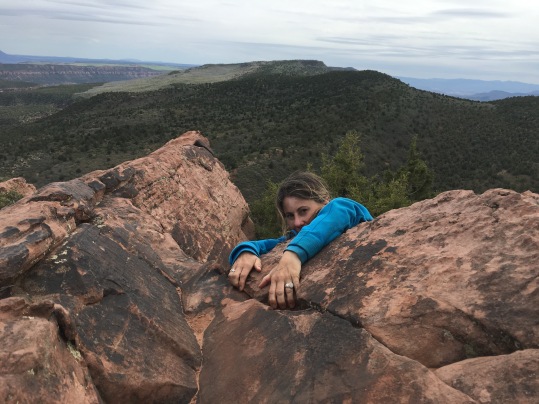 We stayed for our two-week limit and then ventured on to the Grand Canyon. Zion was one of my favorite stops and I would like to return someday.

There are plenty of places to stop, be still and take in the wonder that is nature.

See you somewhere around the USA.    🙂

8 thoughts on “OhMyFuckingGodZion. And, How I Rid My RV of My First Mouse And Didn’t Kill It!!!”